The Supreme Kais are surprised that the universe is still intact following the battle, Old Kai assuming it to be Beerus's doing and fears the worst has yet to come. On Earth, Vegeta, Whis, and the others are still observing the fight with Whis impressed by the power a Super Saiyan God has. In space, Goku struggles to keep up with Beerus' attack, which ultimately ends up in a massive explosion that threatens the universe before Beerus used his full power to negate it with Mr. Satan taking the credit when called by his public relations group. Goku and Beerus continue their fight after the latter tells the mortal he is at his limit, Goku transforming back into a Super Saiyan after losing his divinity. With Goku not realizing he lost his Super Saiyan God form until after, he managed to land a hit on Beerus who deduces his opponent can still fight on equal ground they resume their battle. 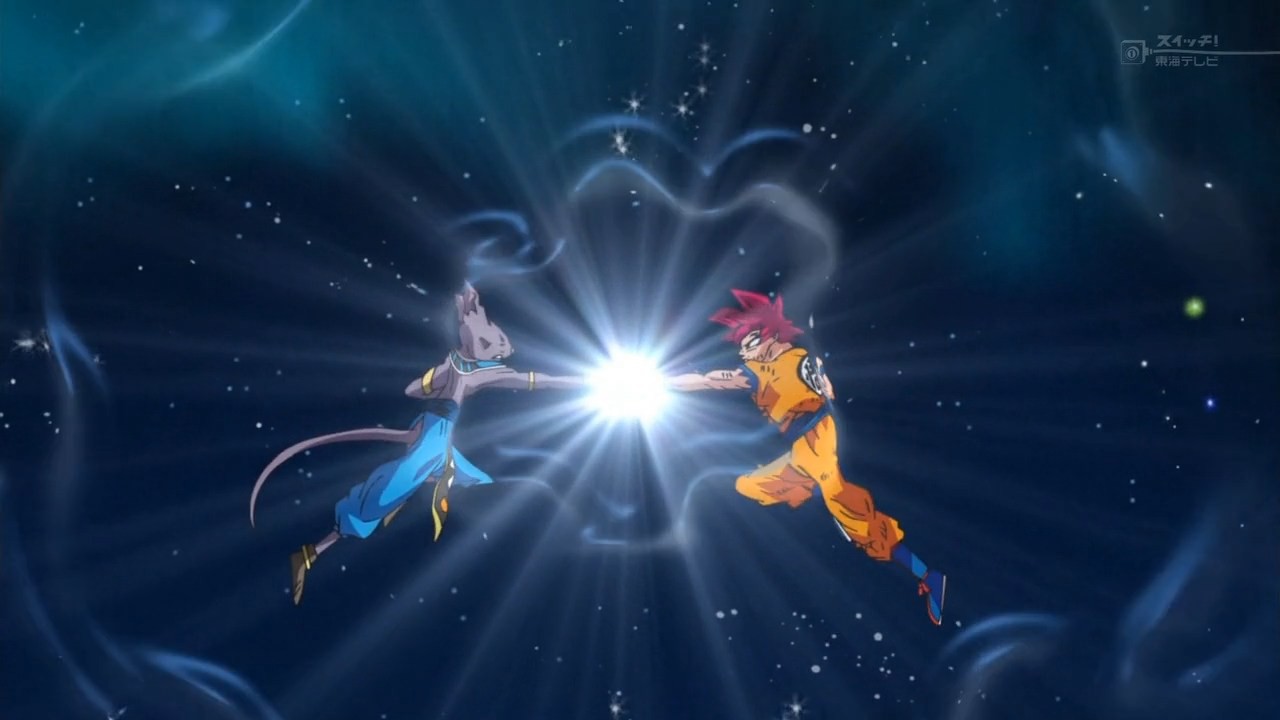 Goku and Beerus continue to fight in space, their clashing blows revealed to be producing shockwaves then are causing the universe to be undone, Old Supreme Kai assuming that two mor...

Continuing to fight despite being limited to Super Saiyan form, Goku is knocked out by Beerus. With Goku knocked out, Beerus prepares to destroy the Earth. In a final effort to stop ... 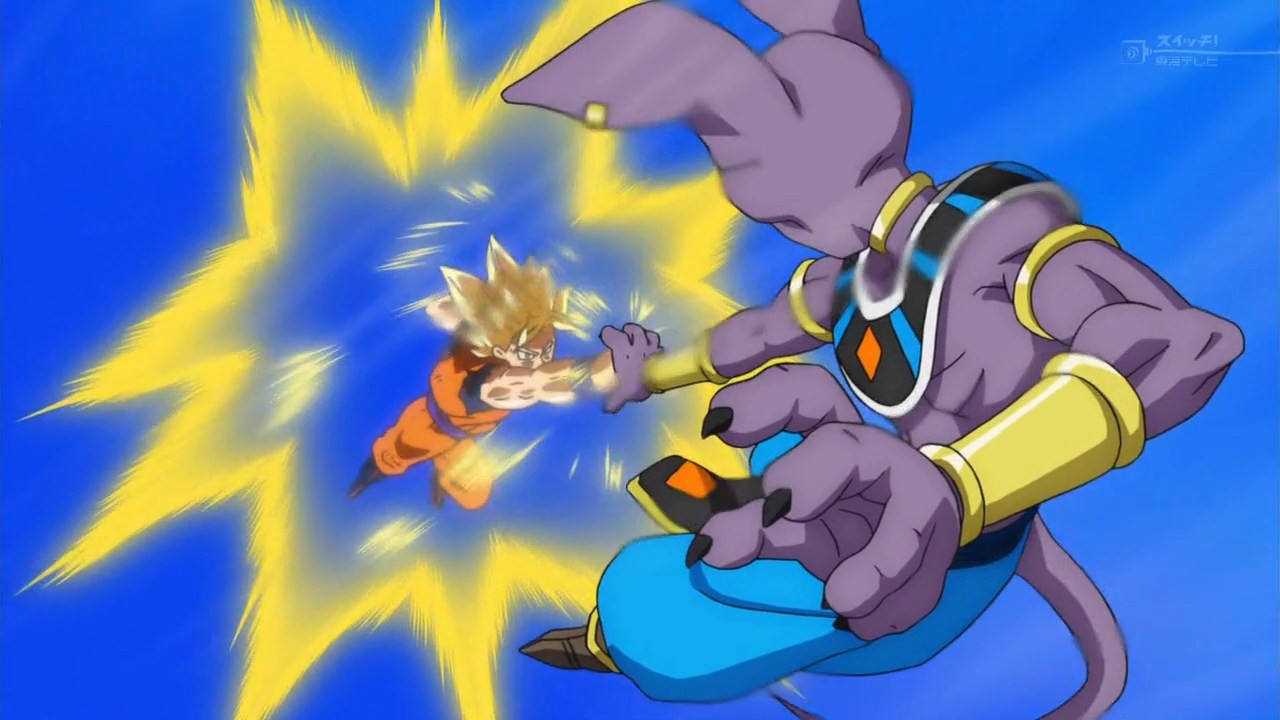