Having powered up, Vegeta charges towards Beerus but is knocked out when the Destroyer is revealed to have been using only a fraction of his power. While the Pilaf Gang disembark Bulma's ship on a stolen life raft, Beerus decides to give the Earthlings another chance at saving their planet and picks out Oolong out his similar appearance to Buu for a game of rock–paper–scissors to decide the fate of the planet. After a couple ties, Beerus eventually wins and proceeds to power up his attack. Just as Beerus is about to fire, Goku chimes in and requests Beerus to give them a reprieve as he thought of a way they can get a Super Saiyan God. He will summon and ask Shenron about it. 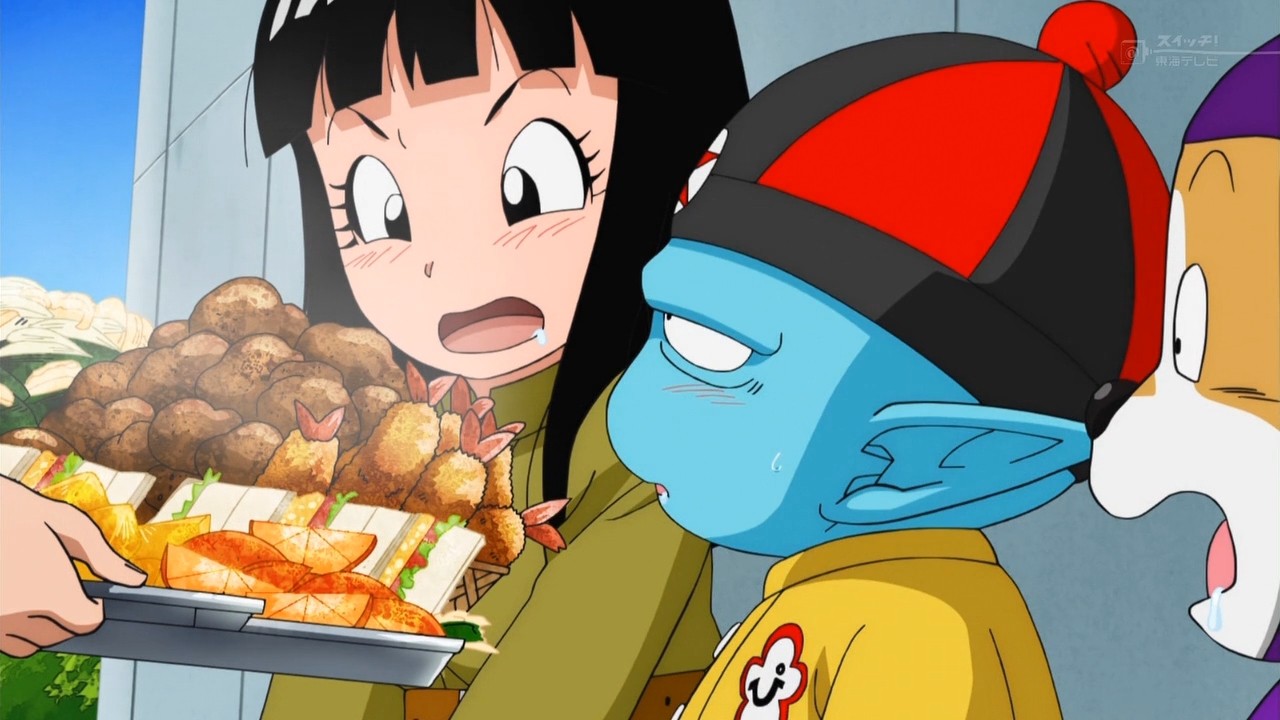 Beerus effortlessly knocks Majin Buu away, telling Vegeta to step aside when was being persuaded to calm down and enjoy himself. Trunks and Goten fuse into Gotenks, only to be outmat...

Goku gathers the Dragon Balls together and summons Shenron, who is startled upon learning of Beerus' presence. Shenron quickly explains that the Super Saiyan God is a legendary trans... 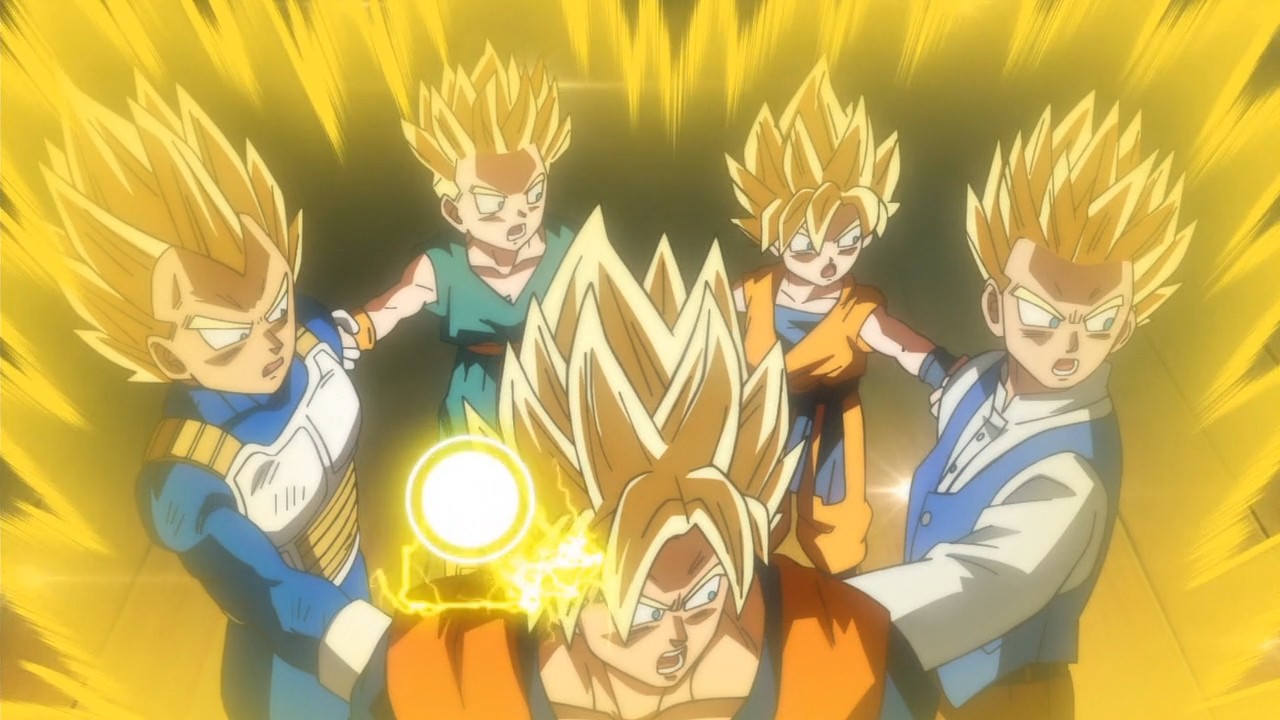