Goku and Beerus continue to fight in space, their clashing blows revealed to be producing shockwaves then are causing the universe to be undone, Old Supreme Kai assuming that two more such blows could destroy everything. However, Goku manages to land the third clash with Beerus by balancing Beerus' attack with his own to prevent any more shock waves to be produced. Beerus then uses his atomic bomb attack on Goku, who counters with a Kamehameha. 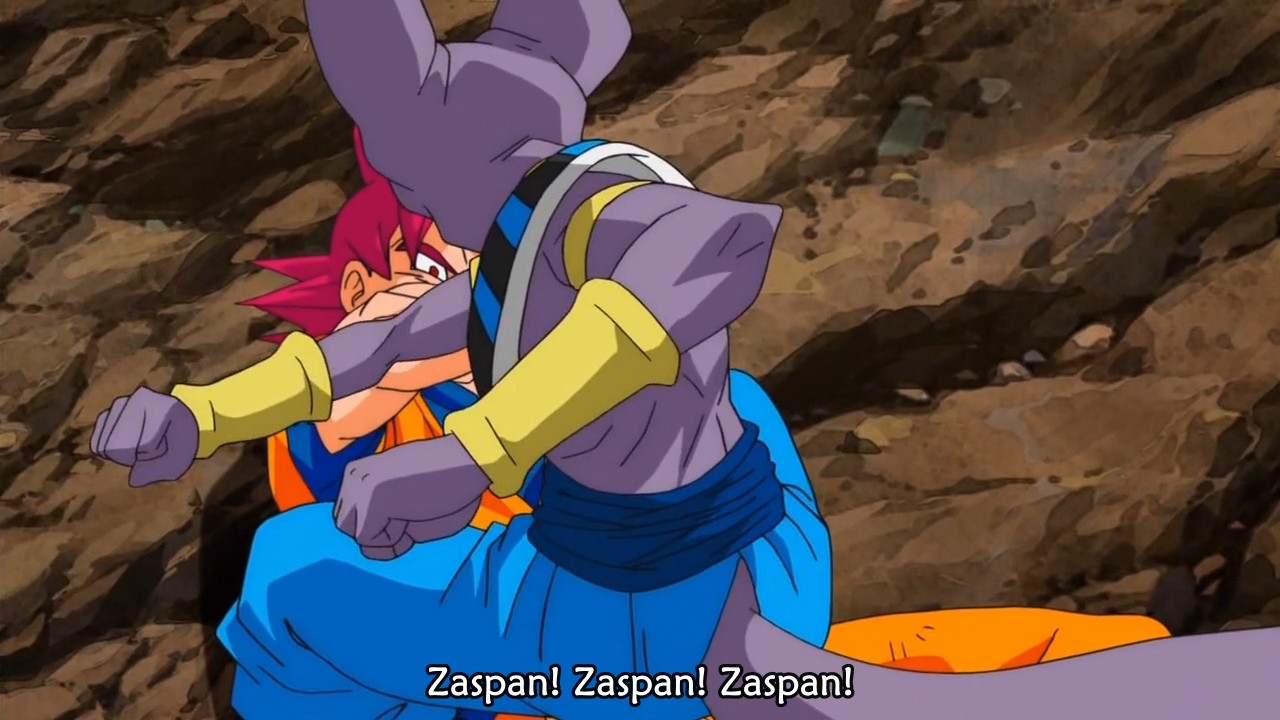 Having somewhat got a grip on the Super Saiyan God form, Goku initially manages to keep up with Beerus before realizing the Destroyer is holding himself back as means to motivate Gok...

The Supreme Kais are surprised that the universe is still intact following the battle, Old Kai assuming it to be Beerus's doing and fears the worst has yet to come. On Earth, Vegeta,... 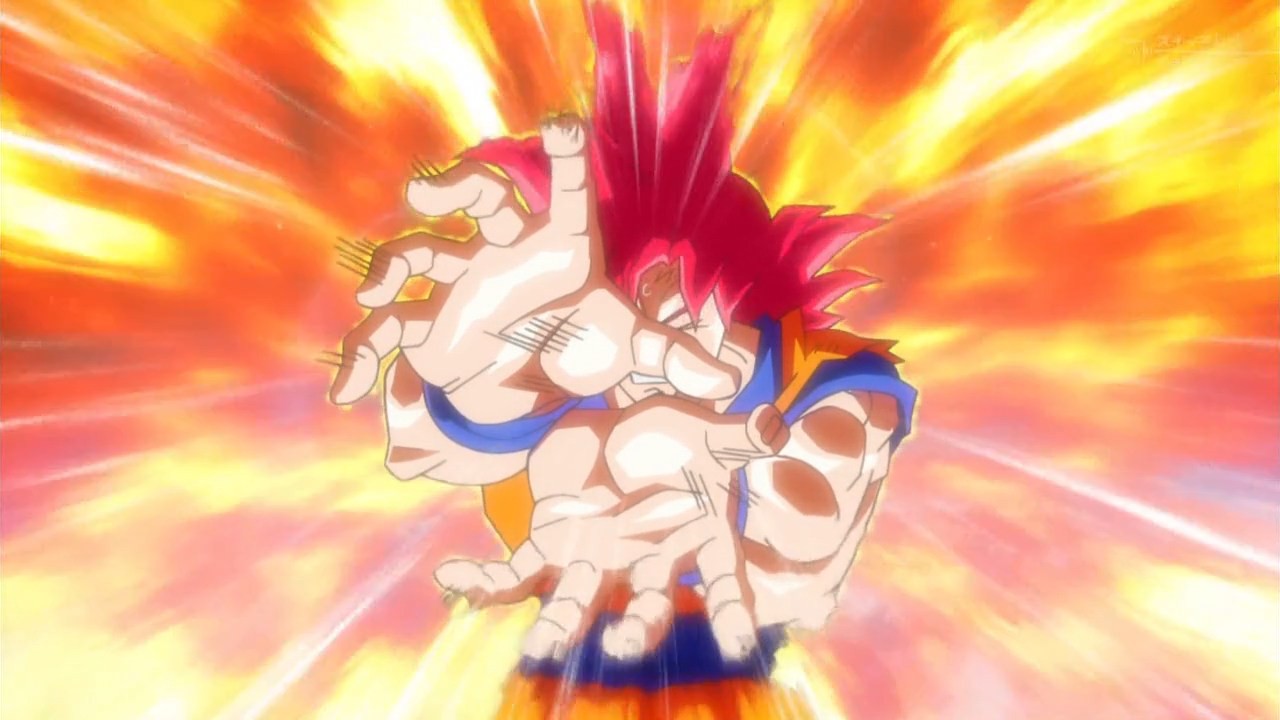