Piccolo takes Frieza's attack to save Gohan and dies in the process. On Beerus' planet, Beerus developed an obsession for pizza and becomes furious when Goku and Vegeta ate the reserve pizzas that Whis stored in his pocket dimension. Whis telepathically responds to Bulma's invitation for a strawberry sundae, he rely her message of Frieza's revival and Piccolo's death to Goku and Vegeta. As Whis says it would take some time to reach Earth, Goku resorts to instant transmission on Beerus' advice. Goku realizes that instant transmission is impossible due to the large distance between Earth and Beerus' planet while trying to find a potent enough energy signature to pint-point. On Earth, Gohan powers up to his maximum limit to give his father an energy source for instant transmission. Goku and Vegeta arrive on Earth in the nick of time to save Gohan, with Vegeta executes Ginyu. As Goku and Frieza meet after a long time, Frieza transforms directly into his final form to demonstrate his new power. This results in the death of all his men except for Sorbet, who is at a considerable distance. Perplexed by Frieza's new power, Goku prepares to engage in a battle. 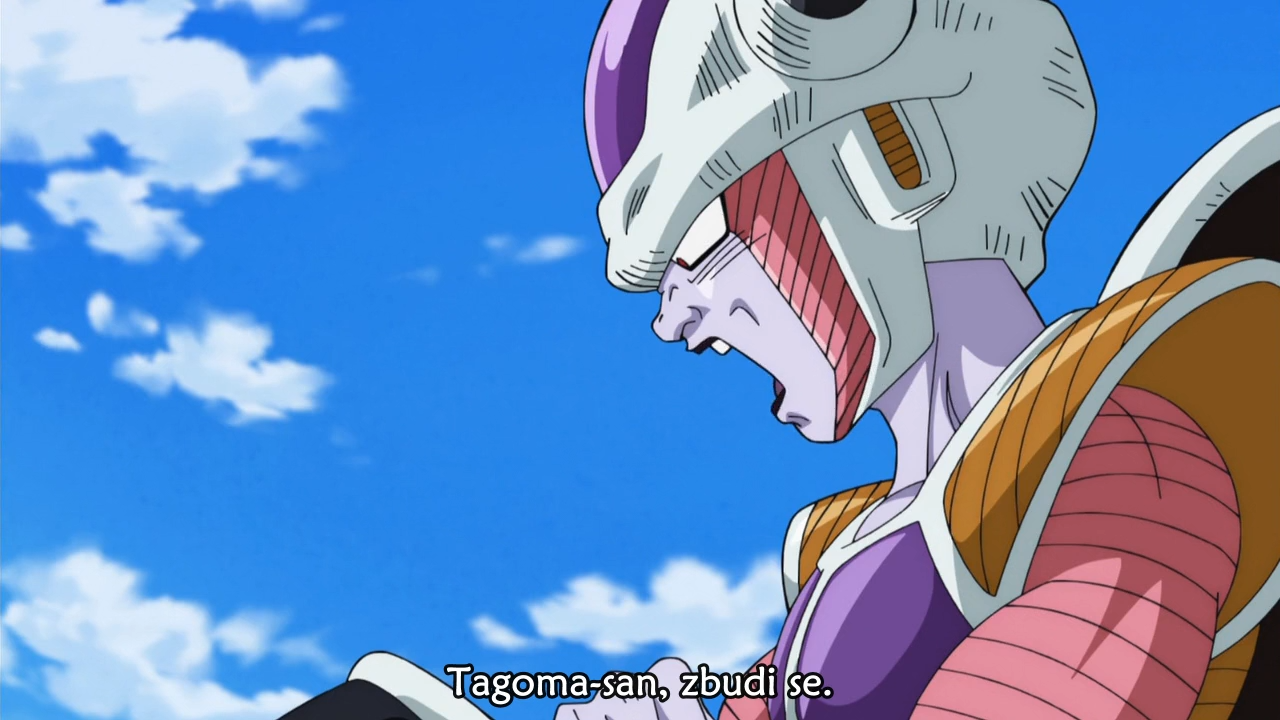 Tagoma powers up and confidently approaches his opponents. Piccolo is instantly outmatched. Gohan blasts Tagoma, which causes him to fly several yards away. As the dust settles, Tago...

The battle between Goku and Frieza begins. They fight on even ground, and neither one is able to inflict significant damage to the other. Frieza resorts to attacking Krillin and Bulm... 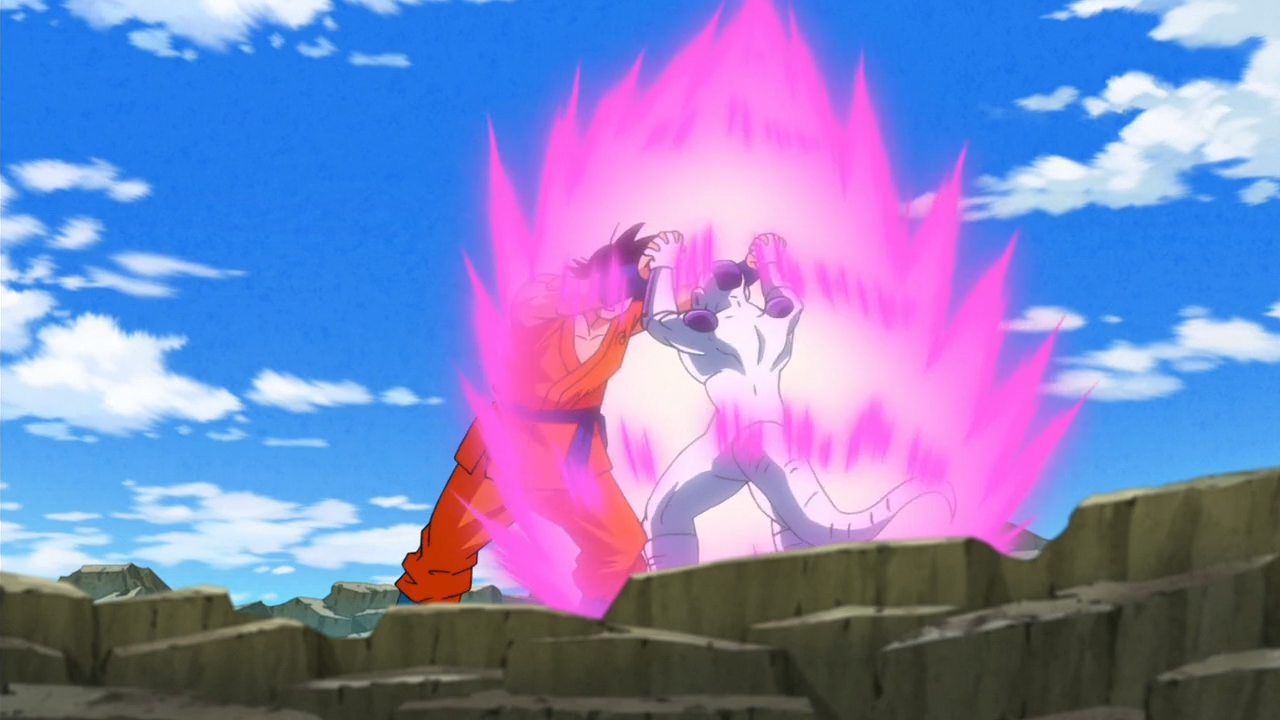