The series begins with a flashback of the destruction of Planet Vegeta at the hands of Frieza, and the upbringing of Goku on Earth as depicted in the original Dragon Ball series. Five years have passed since Goku's victory over Piccolo at the 23rd World Martial Arts Tournament, and he has since married Chi-Chi and now has a son named Gohan. Goku and Gohan are heading towards a reunion with Goku's friends at Master Roshi's island. Elsewhere, an odd-looking spacecraft crash lands on Earth. A man in battle armor emerges from the vessel and flies off to scout out a powerful life form he locates with the help of an apparatus on his eye. Piccolo is nearly killed by the stranger, but this is averted when the man leaves to scout out a more powerful life form. The other strong life form is Goku, who at the Kame House presents his son to Roshi, Krillin, and Bulma. The stranger arrives and surprises everyone when they notice he has a monkey-like tail, just like Goku used to have.

The stranger says that his name is Raditz, and that he is Goku's older brother. Goku cannot remember this, as he had suffered from brain damage caused by a fall when he was a child. ... 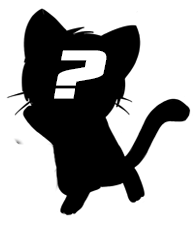