Whis points out that since Goku has no allies to help him and no time to recover from the strain caused by Ultra Instinct, this will be his last chance to end the battle. Goku and Jiren resume their battle, but Goku has the same problem he experienced with Kefla. Goku is unable to attack at his full potential. Goku tries the same trick he used on Kefla by powering up a Kamehameha while dodging and firing it at Jiren, but Jiren is able to block the attack and fire his own blast right through to Goku. Belmod is confident that Goku's incomplete Ultra Instinct will not be enough to win. Vegeta points out that throughout the Tournament of Power all of the Saiyans have been able to surpass their limits and achieve higher levels of power. Belmod is worried. Belmod shouts at Jiren to finish off Goku immediately. Jiren is able to trap Goku on a single floating rock and fires a barrage of attacks down at him in an attempt to knock him out, but Goku begins blocking Jiren's attacks with his own punches. Goku lands a solid blow on Jiren. Goku unleashes all of his power, which manifests as a galaxy-like nebula encompassing the entire area below the tournament stage. Jiren gathers all of his power and launches a final blast down at Goku, but Goku suddenly transforms again and powers up immensely. Goku easily nullifies Jiren's blast and jumps back up to the tournament stage. Jiren attacks again, but Goku easily overpowers him with a flurry of punches. Whis reveals that Goku has completed his ascension. Goku's hair and eyes have turned silver. Goku has now reached Mastered Ultra Instinct.

Vegeta prepares for a final stand against Jiren. Although Vegeta is too exhausted to turn into even a Super Saiyan, he still decides to take on Jiren. Jiren easily dodges his attacks...

Having achieved Mastered Ultra Instinct, Goku overpowers and corners Jiren, which forces Jiren to break through his own limits and power up even further. Goku and Jiren exchange atta... 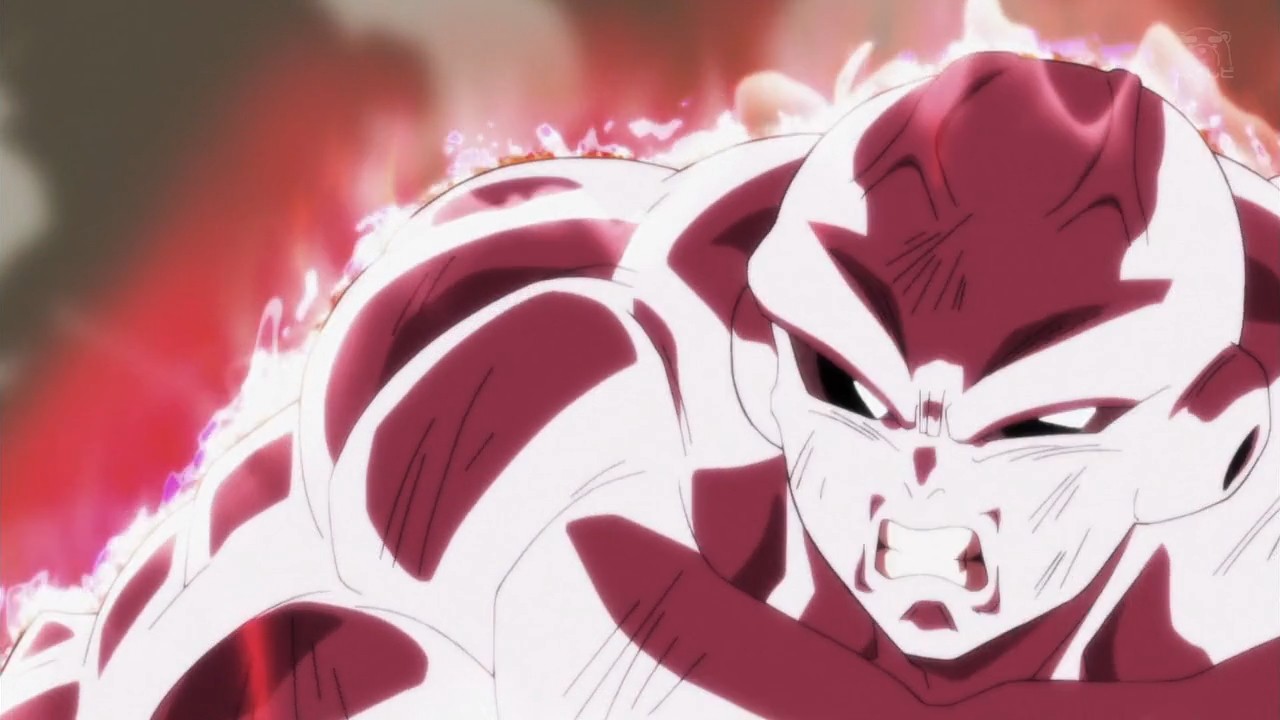