Vegeta prepares for a final stand against Jiren. Although Vegeta is too exhausted to turn into even a Super Saiyan, he still decides to take on Jiren. Jiren easily dodges his attacks and continues to pummel Vegeta. Jiren injures Vegeta's left eye in the process. Vegeta is knocked to the brink of elimination. Vegeta begins to think about the people in his life he cares about the most. Vegeta gets back up and continues to fight Jiren, who is impressed by Vegeta's pride. Vegeta nearly falls off the tournament stage again. Vegeta's boot catches onto a floating piece of rubble, which narrowly allows him to stay in the fight because the pieces of rubble still count as part of the tournament stage. Vegeta hears Bulma's voice urging him to fight on. Vegeta returns to fight Jiren once again. Jiren is unable to understand why Vegeta continues to fight him. Vegeta fires off a Final Flash, but Jiren is unfazed. Jiren knocks Vegeta off the tournament stage and eliminates him from the Tournament of Power. Although Vegeta is upset at being unable to last until the end, he gives Goku his remaining energy at the last second before falling off the tournament stage. Goku turns Super Saiyan Blue and begins to fight Jiren with his remaining power. Even with Vegeta's energy, Goku is still overwhelmed by Jiren. Goku is knocked back into his base form. When Goku is pushed back to the edge of the tournament stage and only one punch away from defeat, Vegeta shouts at Goku. Goku thinks about how the others have all put their faith in him. As Jiren delivers the final blow, Goku suddenly reactivates Ultra Instinct and dodges the attack. With his new power, Goku is able to effortlessly dodge Jiren's attacks and lands a heavy blow on him. Both fighters face off and prepare for their final battle.

Jiren powers up to his maximum. Goku, Vegeta, and Android 17 all attack him simultaneously, but he easily overpowers them. However, Android 17 manages to land a sneak attack and hurt...

Whis points out that since Goku has no allies to help him and no time to recover from the strain caused by Ultra Instinct, this will be his last chance to end the battle. Goku and Ji... 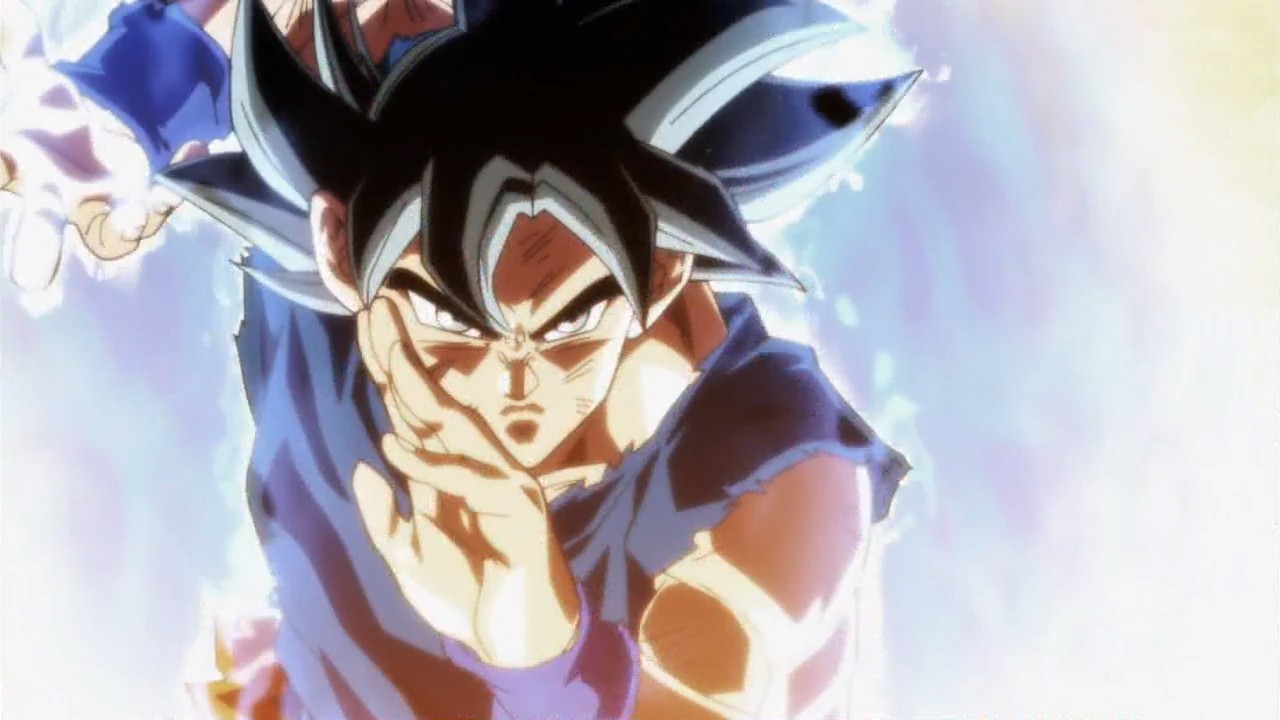