The Korean alphabet was originally called Hunminjeong'eum (훈민정음), after the document that introduced the script to the Korean people in 1446.[12] The Korean alphabet is called hangeul (한글), a name coined by Korean linguist Ju Si-gyeong in 1912. The name combines the ancient Korean word han (한), meaning "great", and geul (글), meaning "script". The word han is used to refer to Korea in general, so the name also means "Korean script".[13] It has been romanized in multiple ways: Hangeul or han-geul in the Revised Romanization of Korean, which the South Korean government uses in English publications and encourages for all purposes. Han'gŭl in the McCune–Reischauer system, is often capitalized and rendered without the diacritics when used as an English word, Hangul, as it appears in many English dictionaries. Hānkul in the Yale romanization, a system recommended for technical linguistic studies. In North Korea it is called Chosŏn'gŭl (조선글) after Chosŏn, the North Korean name for Korea after the old name of Korea. 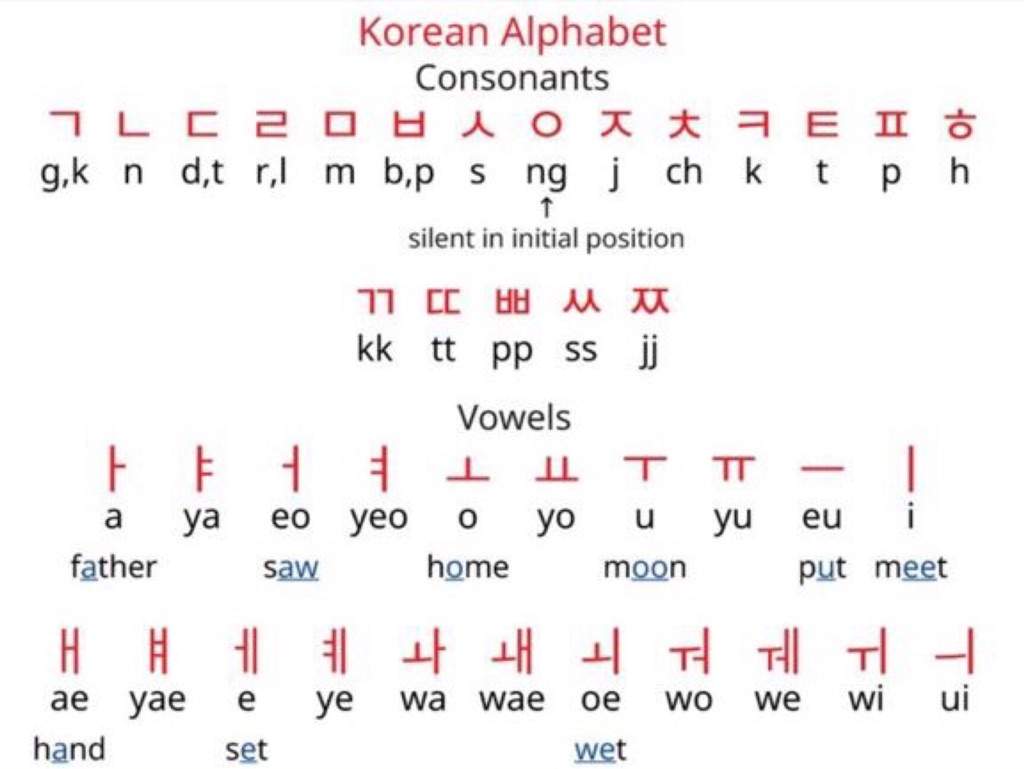